Now that Bonnaroo is a little more than a month behind us, Bonnaroovians are starting to do one of the things that they do best: Talk about rumors for the next year.  With the festival picture starting to slowly fade into focus for next year now that we know some of our headliners at Fall festivals, and know who is due for a new album soon, it’s not too early to take a quick peek into the future as to who may be on the What stage in June of 2019.

While we’ve not heard any rumblings from official channels as to who to expect just yet, we’ve got a few educated guesses as to who some of those candidates just might be.

Foo Fighters – This one is a no brainer and is long overdue.  It may blow some minds to realize this, but the Foo’s have never played Bonnaroo.  While they’ve played many other festivals and have graced some like Hangout multiple times, they’ve somehow never made their way to Manchester where they would be a perfect fit. Their current tour wraps up at the end of the summer, and it’s possible that the band may go on a short hiatus again as they have between albums in the past.  However, if they’re on the market again next summer, it far past time that Dave and crew graced the Farm.

Gorillaz – While Damon Albarn has played the What stage as part of a solo performance in the past, his animated alter-egos have yet to play Roo.  Even through playing via the guise of cartoon dopplegangers, the band has never been shy to play festivals and Roo is another example of a perfect setting.  Given that performances from Gorillaz are sometimes a superjam in of themselves, it just makes perfect sense to bring them to the Farm.  Their new album The Now Now recently released over the summer, and they’re likely to be making the touring rounds in the coming year in support before their next hiatus.  Both the timing and the fit make sense. 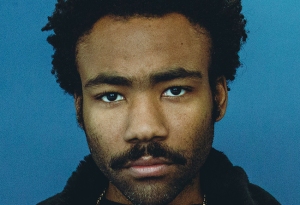 Childish Gambino – Now that Kanye has faded from grace and Chance is cooling down now that it’s been a while since his last album, Gambino has slowly stepped into the spotlight as one of the most sought after rappers on the festival circuit.  Voodoo in New Orleans raised the bar for him by putting him on the top line.  Given that they’re also a Live Nation production, their familiarity with his camp seems to make it very possible that he could start a bonfire on the What stage next June.

Tame Impala – Bonnaroovians are STILL raving about Tame’s epic 2016 late night set.  It melted faces, changed lives, and set a precedent for years to come.  By the time Roo rolls around next year, it will have been four years since the gamechanger of Tame Impala’s Currents album released.  Their frontman Kevin Parker has hinted that he’s been back in the studio, and the band has also begun to tour again at festivals in Europe and the U.S. to start to get rid of the stage rust.  If Tame Impala releases a new album by next year, they’re going to make a strong case to ascend to headliner status just like Mumford and Sons did this past decade.

Drake – Certainly this will be controversial for some, but Drake’s pulling power is no joke.  His brand of pop-leaning Hip Hop and his ability to sell albums and skyrocket his streaming numbers makes him a commercially viable option to put on the top line of a Bonnaroo poster.  If AC puts a slightly risky name in one of the other top two spots, look for a strong likelihood of Drake taking the other to hedge their bets.

Lady Gaga – As we get this far down the list, we start looking at the acts that are long odds.  In this case, Gaga is coming off of a very profitable and well received tour for her Joanne album.  Her and her team will look to keep her in the spotlight, and she’s also going to soon be portraying the main role in Bradley Cooper’s directorial debut in “A Star is Born.”  The marketing team behind that film is also targeting music festivals, as we saw many billboards advertising it at SlossFest this past year.  Mother Monster headlining the What stage probably isn’t entirely out of the question.

Fleetwood Mac – This is another long shot, but we know that it’s a possibility because they were a huge target for a headliner in 2018. If some of the insiders we’ve talked to are to be believed, AC Entertainment and Live Nation came close to booking Fleetwood in 2018, but the deal fell through at the last minute. One source we talked with even said that the band had hesitations about playing in the Tennessee heat in June, but we’re sure that the artist hospitality team at Roo can make sure they stay in the AC long enough.

Tryna chill and wait for updates like 🥶🥶🥶
Well that escalated quickly.
If you know, you know. ❤️
May your love be as deep today! ❤️