In the past few months, all of the following has happened:

And these are just some of the highlights that don’t include smaller or mid-sized festivals in targeted regional locations.

For the past few years, there has been talk in online forums like Inforoo or /r/Bonnaroo that the festival bubble would soon pop.  Frankly, it already has.

For many years, nationally scaled and focused events like Coachella and Bonnaroo were destination festivals.  If you were anywhere near the West Coast, you’d drive a great distance to go to Coachella.  The same goes for Bonnaroo on the East Coast.  This was the case until a few years into the 2010’s when the buzz of large festivals like these caught the eyes of local promoters who wanted their own piece of the pie. 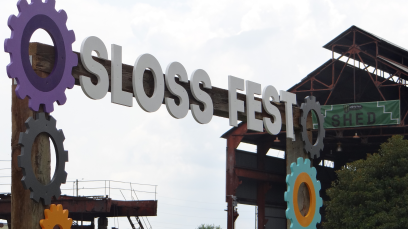 In this case, Sloss Fest near us in Birmingham, Alabama is a perfect example of what crowded the market.  It was genuinely a good event with an always respectable lineup.

It had some hiccups in terms of production and scaling, but the kind that was to be expected.  The local organizers of Red Mountain Entertainment saw that there was a need and a desire for a smaller festival in Birmingham, and they succeeded for a few years.

That success would only last for three years though, as two factors would doom the festival.  First, Live Nation purchased Red Mountain Entertainment.  In theory, this should have propped up the promoter and festival with more resources and financial stability.  But with Live Nation already operating other regional options like Bonnaroo, Shaky Knees / Beats, and many others, Sloss Fest would have reasonably been seen as an unnecessary expenditure.  The unfortunately inability of local organizers to address weather concerns or the ensuing PR fallout was the second factor that made the death of the festival inevitable.

Similar factors are happening with many other regional festivals.  Either they’re gobbled up by a LiveNation or a GoldenVoice, or they find convenient scapegoats like economic conditions or weather to cut their losses and abandon their fans.

The bubble has already popped.  Festival enthusiasts have long been expecting it to happen, and it has.

Starting or maintaining a regional festival is too big of a mountain to climb.  Increased costs in terms of artist booking, legal fees, liability insurance, union work, and more have made it nearly impossible for local organizers to mount a competitive event.  Smaller events that can’t compete are dying or soon will.  Logically, it makes no sense for them to even try if they don’t have the support of a corporate behemoth or are within a day’s driving distance of a festival mainstay.

As the dust is settling, there are still a few solid regional festivals that remain, and the big boys that started the festival trend are still standing more solidly than ever.  Make no mistake, with such a huge investment into infrastructure in and near Great Stage Park, Bonnaroo is not going anywhere anytime soon.  When most of us have aged out of being able to handle nearly a week in the brutal heat, Bonnaroo will still be standing and welcoming in future generations of Roovians.

While the bubble finally popping is bad news for anyone who had been a fan of a festival like Sloss, it’s great news for organizers and fans of stalwarts like Roo or Coachella.  They’ve survived the storm, and with more people finding them as the mainstays they are, they’re almost destined to survive and grow further.