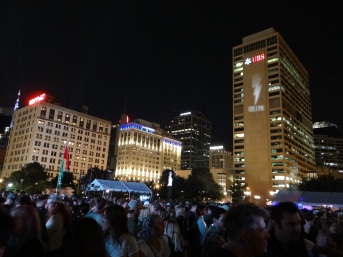 Live on the Green is a bit of a miracle in that it even exists at all.

Throughout every August, the festival manages to put a miniature festival experience in the heart of Downtown Nashville and somehow makes it entirely free for anyone that wants to show up.  This is at least a little easier to pull off if a festival pulls in some local acts or cover bands, but Live on the Green ups the bar by pulling in a fantastic lineup year after year that wouldn’t look out of place in the middle of a Bonnaroo lineup.

We’d attended last year to check out one of our favorites, Portugal. The Man, but weren’t able to get the full experience of Live on the Green as we mostly stayed on the rail the entirety of our night there.  Attending again this past week was our first real experience of what the Nashville festival has to offer, and we mostly came away impressed. 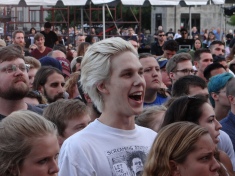 One thing we’d missed in our last visit was that the festival consists of far more than the stage in front of the Nashville courthouse.  Some of the streets nearby are closed off to traffic and are instead filled with tons of sponsor tents, food trucks, and other fun things to check out.  The crowd itself was also very upbeat and positive, we spotted tons of Bonnaroo shirts and bandannas in the crowd and felt very much at home.  Also, we have to mention that we also loved the fact that Live on the Green is dog-friendly, and that many cute pups were also in attendance to check out some of their favorite bands as well. 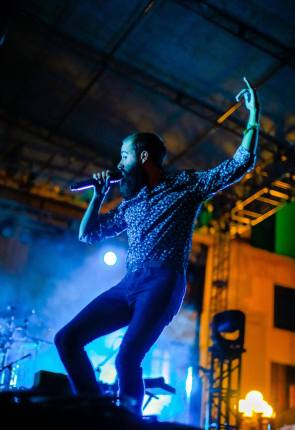 The two main acts that we’d come to see killed it, just as we expected.  Rainbow Kitten Surprise has absolutely blown up in popularity in the past two years, and it was clear that the majority of the audience had attended to see this skyrocketing moody alt-rock band.  Frontman Sam Melo is probably one of the best entertainers working the touring circuit today, as his dance moves often match the quality of his vocals.  It’s hard not to see a bit of Freddy Mercury in Melo, as he’s able to similarly command the attention of any crowd he plays to.

Trampled By Turtles served as the headliner for the night, brining their unique tone of modern Americana and Bluegrass for the city absolutely perfect for it.  From the first handful of songs, it was clear that their rapid fire mandolin and banjo picking were able to entrance the audience and turn the whole square into a buck dancing moshpit.  Nashville’s flavor of new country blended with the old, as we saw many attendees in trendy overalls cutting a rug along with the punk band in the guise of a bluegrass outfit. 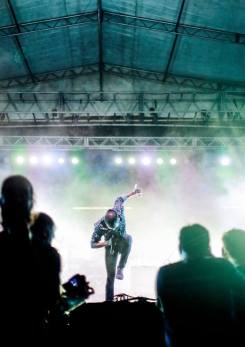 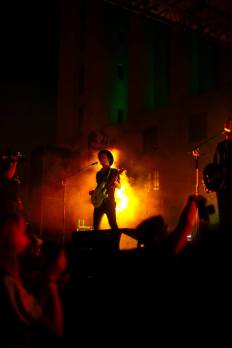 If we had to call out one downside of Live on the Green, it’s that the sound quality is a bit lacking.  Once you are more than a few dozen rows out from the stage, the sound quality suffers significantly as there seems to be a limited amount of stage speakers for a very large crowd.  Assumedly, this is due to a Nashville sound ordinance or understandable logistical constraints, but it is a fairly big drawback.  If you do plan on attending any Live on the Green events, it is advisable to show up early and get a spot up close in order to hear the experience clearly.

However, for the price, you really can’t complain.  We strongly suggest checking it out if you’re in the area, as they still have their Labor Day Weekend full of events coming up.